I’ve been grounded. For almost 10 minutes I had to be in my room without my favorite toys, just looking at the walls (according to dad I should think in life!)
Why? I don’t even know… Ok I said that word repeatedly, and dad kept saying that I shouldn’t keep repeating that word, but it was not that important was it? It’s just a word. i still don’t understand why can’t I say it. What’s the difference between that word and the other hundreds we use to talk, to express ourselves? And if there’s a difference why is that no one can explain it to me?
When I said something like this to my father he just said:

What kind of reasoning is this? I know I’m just a 4 year old kid and I don’t have a clue on what is logic and so on… But if I would know what logic is, I’m pretty sure I couldn’t find any here… “because I told you so”!? Is that even an argument? It doesn’t look like, right?
When my mom came home I turned to her for some enlightening on this issue, and so I asked her, what was this about; why can’t we use this word? Hr answer was quite long and I didn’t understand half of it, but I did retain one word: convention. There was something about society rules, and conventions and the fact that all the people together as a society have decided to ban some words out of our daily discourses… Well, Although I didn’t get half Of what she was saying, I could understand there were some arguments in here. Fumble ones, but still they were arguments – see how it works, dad?- and one could resonate on them.
That’s when I asked my mom, why would our language have words that we couldn’t use in the end? That didn’t make much sense to me, did it? What did the person who invented our language have to say about this?

But as I was waiting for my mother’s arguments, she said: “It’s time for dinner, honey. We’ll talk about that tomorrow, ok?”

Well, the dinner was meatballs, so I’ll guess I’ll continue with this some other time 🙂 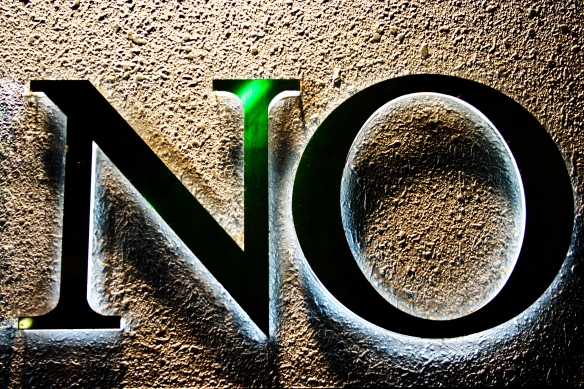